The European Creative Business Network (ECBN) is a unique not for profit foundation, founded in 2011, promoting the interests of the cultural creative industries in Europe. Given the diversity of cultural expressions as well as of cultural and creative markets across Europe, ECBN works – on purposes indirectly and decentralized – by supporting leading agencies, funders and intermediaries on local, regional and/or national level to help them support their cultural and creative entrepreneurs.

ECBN is an independent foundation funded by its members fees and in kind contributions. Based upon this it supports the supporters of creative business with the following actions: 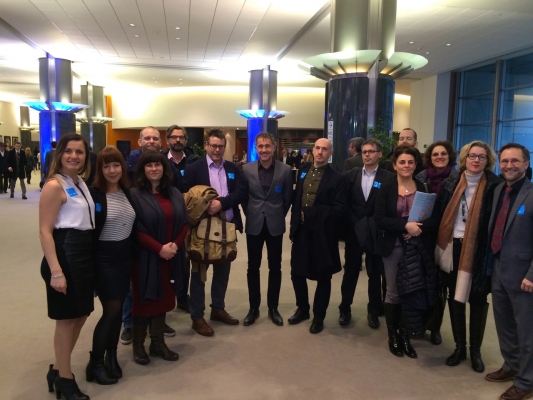 ECBN pushes for specific policy initiatives and actions for the cultural creative industries and represents its members in the main European events and debates where issues related or impacting cultural and creative business are discussed. (Foto left: Hearing at Intergroup Cultural and Creative Industries, European Parliament, Brussels)

In 2013 ECBN started to organize annual Study Tours in partnership with the Dutch Creative Residency network. Study Tours are explorative visits to creative cities, an in-depth tour with backstage talks for the participants to be provided with insights about the inner fabric and development of the visited cities and their creative hotspots.

Since 2014 ECBN hosts and supports the European Research Partnership to capture the full (that is: beyond economic) value of the arts, culture and creative industries and find adequate holistic evaluation methods. So far 17 types of value added have been identified. 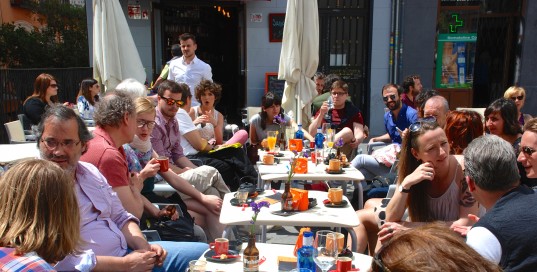 Member Exchange  – for members only

Since 2016 ECBN organizes speed datings once a year to pitch projects and cooperations between members.

Funding Support  – for members only

ECBN provides the chance to participate in shared funding applications, since 2012 seven consortiums have been initiated and supported.

Business Opportunities: Cross-Innovation – for members only 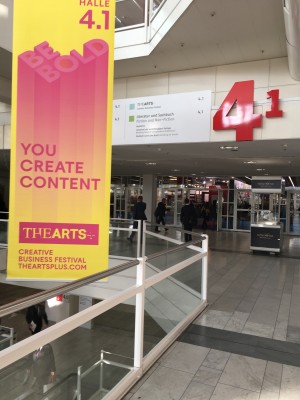 ECBN supports cross-innovation of cultural creative entrepreneurs into other sectors of the economy.

One of the first actions of ECBN from 2011 to 2014 was the Trade Mission: a 3 day event for creative entrepreneurs to co-create a product idea and pitch to investor or cooperations partners such as BBC or PICNIC.

Who is Who @Creative Business Festival 2017,

Who the intersection of culture, business, technology and policy can be a real advantage of creative industries. (Bernd Fesel at THE ARTS+)

We help intermediaries across Europe to access and utilize European frameworks and fundings, know-how and skills to better service their entrepreneurs and businesses nationally, regionally or locally.

Ultimately, through the resources, expertise and connections of all of our members, ECBN aims to enable cultural creative enterprises, whatever their size, to grow and flourish within the world’s largest market for creative goods and services.

The Foundation is governed by its board members which elect an executive committee to organize and deliver the ECBN activities. The above ECBN actions are not publicly funded, putting ECBN in a unique recognizably independent position.