In 2013 ECBN started to organize annual Study Tours in partnership with the Dutch Creative Residency network. Study Tours are explorative visits to creative cities, an in-depth tour with backstage talks for the participants to be provided with insights about the inner fabric and development of the visited cities and their creative hotspots.

ECBN Study Tour 2016 – Copenhagen and Malmö (13-15 October), including a guided tour of the rapidly developing Western Harbour in Malmö and the historic free-town of Christiania in Copenhagen. 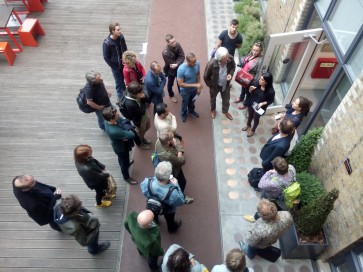