2016 is the year to create the future frameworks for the Creative Industries in Europe.

At the European Creative Industries Summit 2016, 100 local, regional, national and European policy makers as well as cultural and creative stakeholders convened in the representation of North Rhine Westfalia in Brussels to debate and concretely formulate the next generation of frameworks for Cultural and Creative Industries in Europe.

Martine Reicherts, Director General, DG Education and Culture, addressed the current policy topics of the Digital Single Market – fair renumeration of artists, big data, copyright loopholes, possible abuses of the safe harbour clause. She also pointed to the areas for future works: the crossover of creativity and innovation as well as of culture heritage and creative industries. 2018 is the year of cultural heritage and – according to Martine Reicherts – creative industries should play a central role here too. 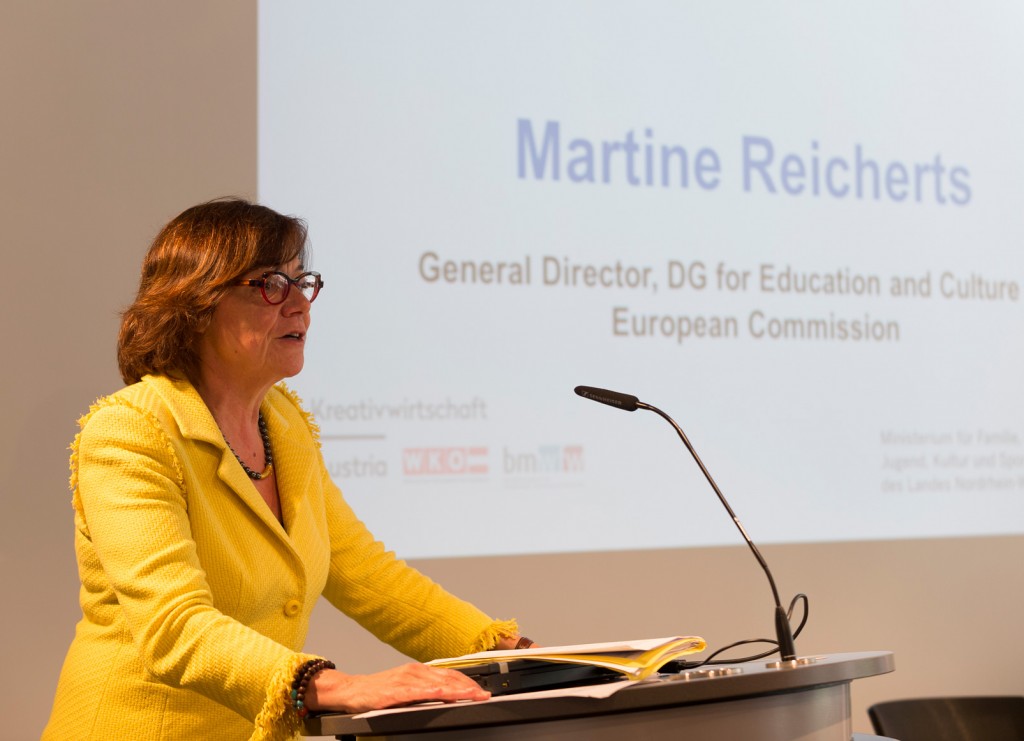 “The future of the Creative Industries is making the link between science and creativity” Martine Reicherts, Director General, DG Education and Culture 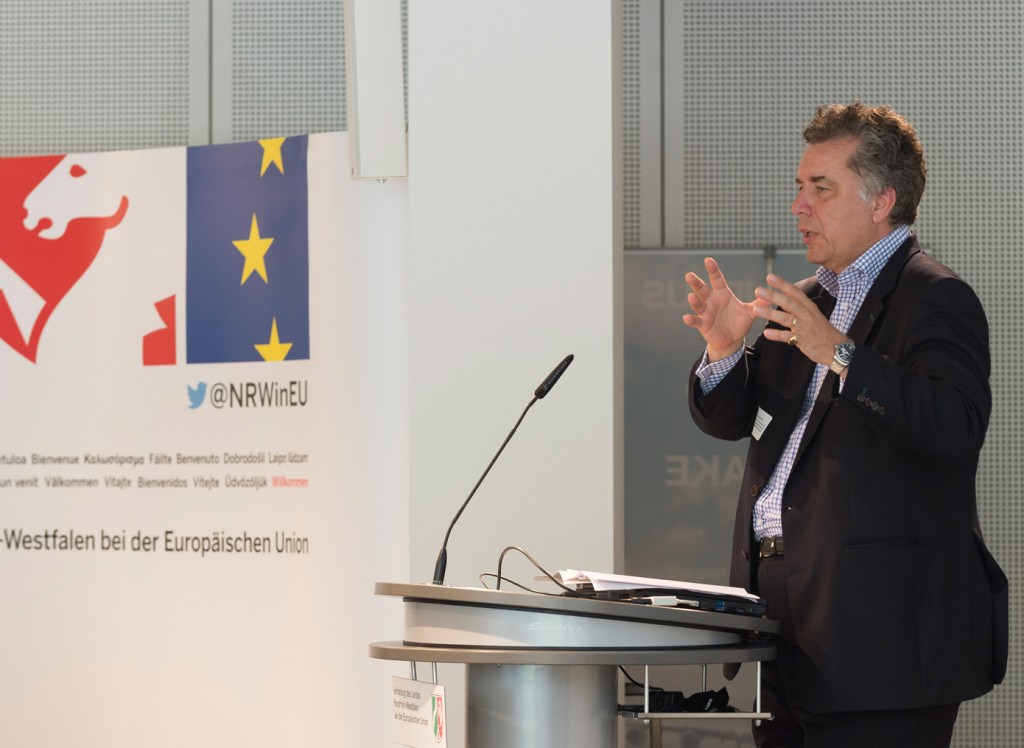 “The only way to define Europe outside of the defined treaties is by culture and the creative industries” Christian Ehler, MEP, Co-Chair of the Intergroup of Cultural and Creative Industries 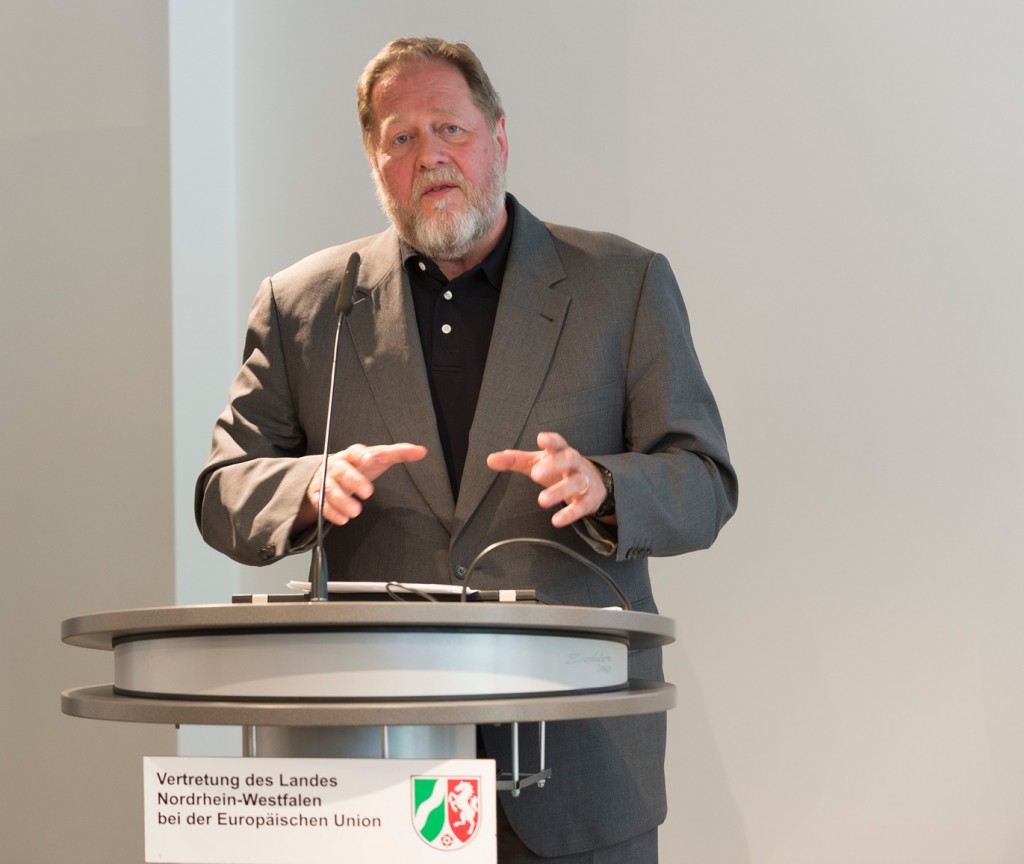 “Expose the dream of fair participation for what it is, a dream” Prof. Dieter Gorny, special advisor for creative and digital economy of the Federal Ministry for Economic Affairs and Energy, Berlin; Director european centre for creative economy

Garrelt Duin, Minister for Economic Affairs, Energy and Industry, SMEs of the state of North Rhine-Westphalia (NRW), pointed to the economic history of the state – global players in heavy industries like steel, coal, energy, globally active family businesses – and at least some 300.000 employees in the Cultural and Creative Industries. Creativity and innovation is a trans-sectorial talent and thus NRW promotes it through special cross-sectorial initiatives. Some 40 million Euros are being spent for the cultural and creative sectors from 2014 to 2020. A leading role in cross-sectorial strategies is taking on digitization – in 2016 the NRW economic ministry commissioned a study on the digital shift in the creative industries including forecast capacity, a first of its kind. This study report will be presented on the Creative Industries Dialogue NRW (CID) on November 24 in Dortmund. Minister Duin closed his presentation with an invitation and welcome to the CID NRW in Dortmund. 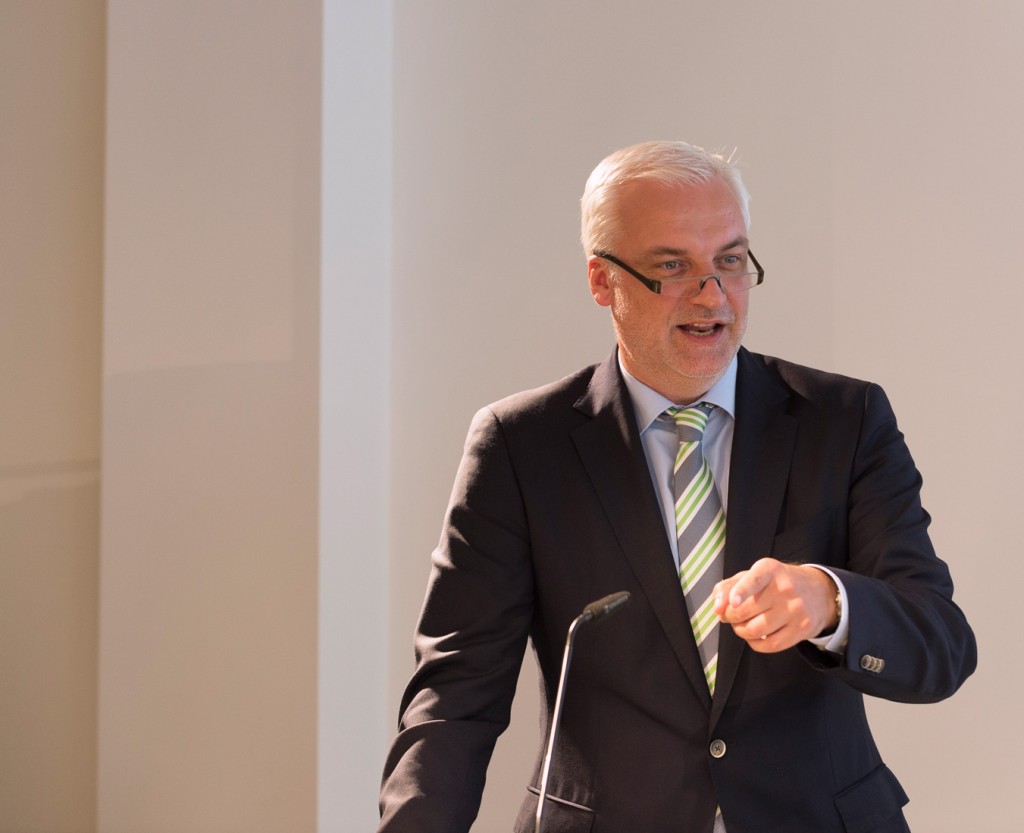 Caroline Norbury, Chair of ECBN and CEO of Creative England, pointed out the role of the European Creative Industries Network (ECBN) as the only, regional and nationally based as well as independently financed organisation lobbying for the interest of cultural and creative industries. With its 23 members in 15 nations, ECBN represents some 75% of the workforce of CCS. 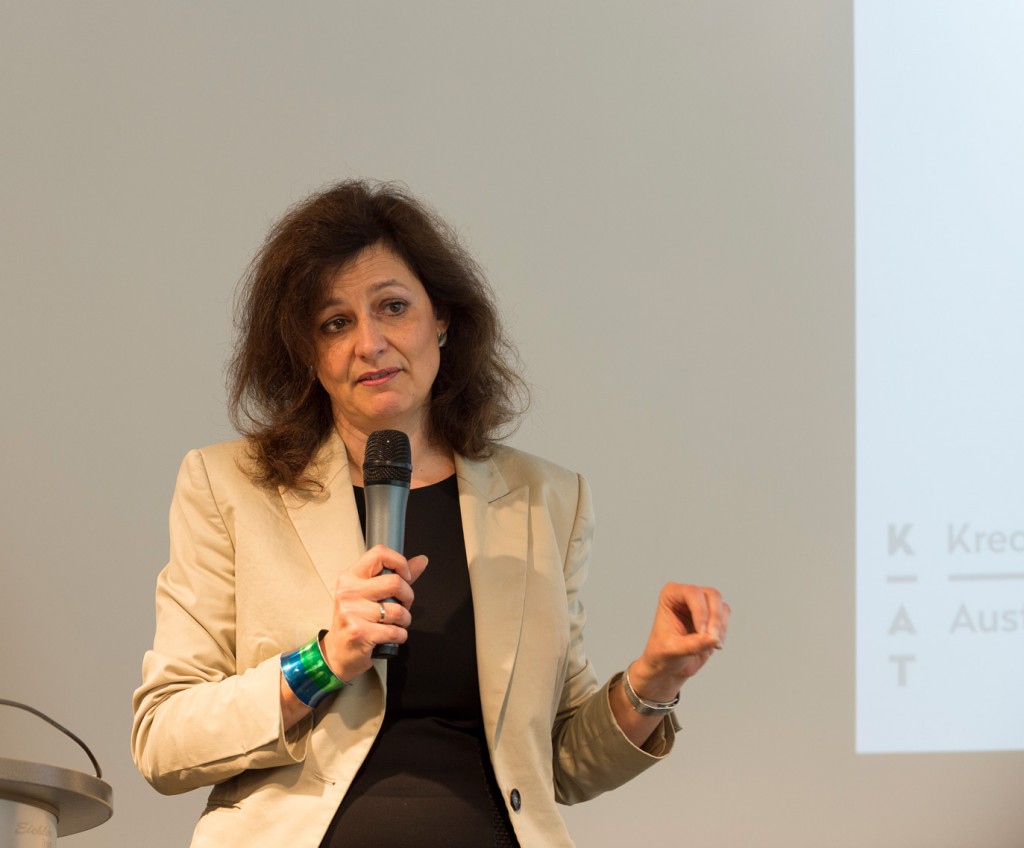 for entrepreneurs in internationalization, innovation and growth,

for infrastructure investments by the inclusion of CCS in the EFSI.

ECBN Chair Norbury: „We ask the European Parliament and DG Education and Culture to influence the European Investment Bank to apply the EFSI legal regulations fully and in earnest. “ 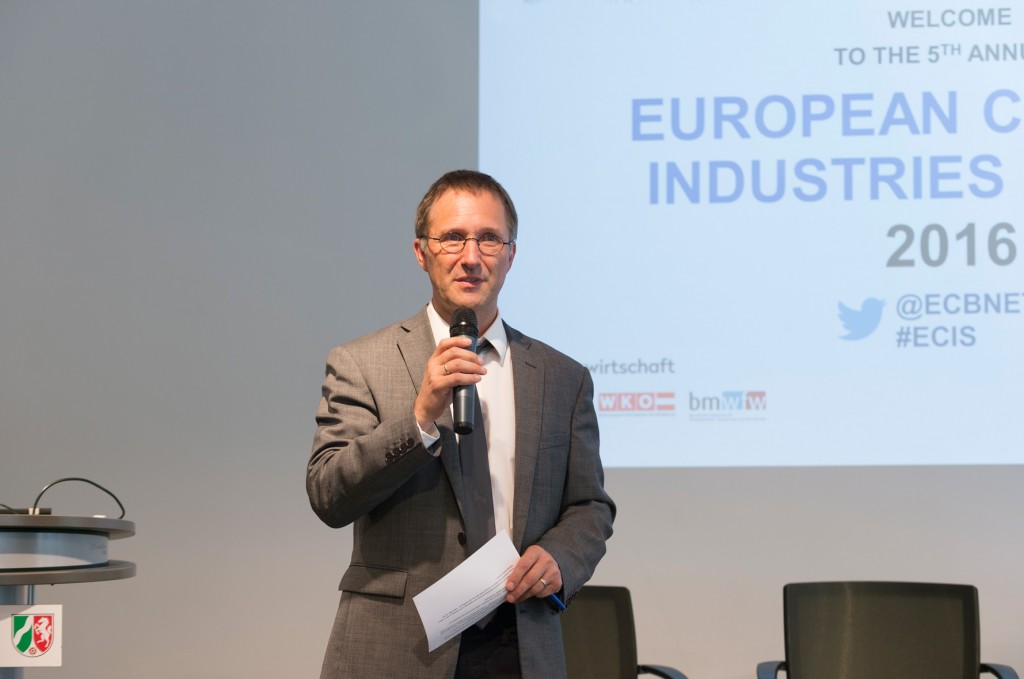 ECBN Director Bernd Fesel: „Investments for Europe´s future cannot succeed without investments in culture and creative industries – at least 5% of the EFSI is necessary for industrial capacities of CCS. The European Parliament ensured that the EFSI must fund projects of CCS and shall appoint a cultural or creative stakeholder for the investment committee. Not even this has happened after one year of EFSI operations. “