Researchers, Entrepreneurs and Innovators from the cultural and creative sectors presented the latest research findings and best practices at a European Parliament hearing at the invitation of Pervenche Berès MEP and Christian Ehler MEP (pictured above), Co Chairs of the Intergroup Cultural and Creative Industries, on January 27th 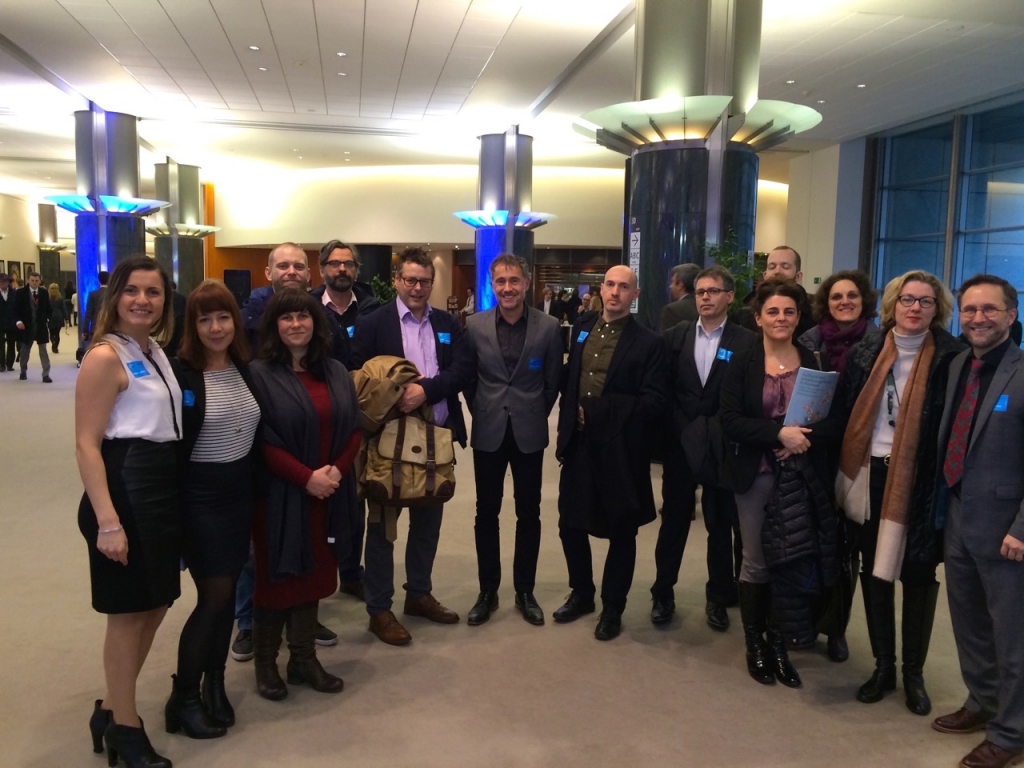 The European Creative Business Network (ECBN) organised and selected high-level experts to attend the hearing: Dawn Ashman, Director Creative Industries, Arts Council England, presented the latest result of a Tom Flemming Consultancy study (Download here) about the first time ever European evidence base of around 100 cases of spillover effects: 17 sub-categories of spillover effects have been identified; current evaluation methods can not explain causality of public investments to these effects because of a gap in qualitative evaluation. The study was commissioned by the European Research Partnership consisting of the European Centre for Creative Economy, the European Culture Foundation, the Arts Council England, the Arts Council Ireland and Creative England. They called on the European Parliament to support a new holistic research agenda for the arts, culture and creative industries, balancing quantitative and qualitative methods. Isabelle Schwarz and Tsveta Andreeva, both from the European Culture Foundation, and Tobey Dennett, Arts Council Ireland, welcomed the understanding and support the ideas the Intergroup leaders signalled during the debate. 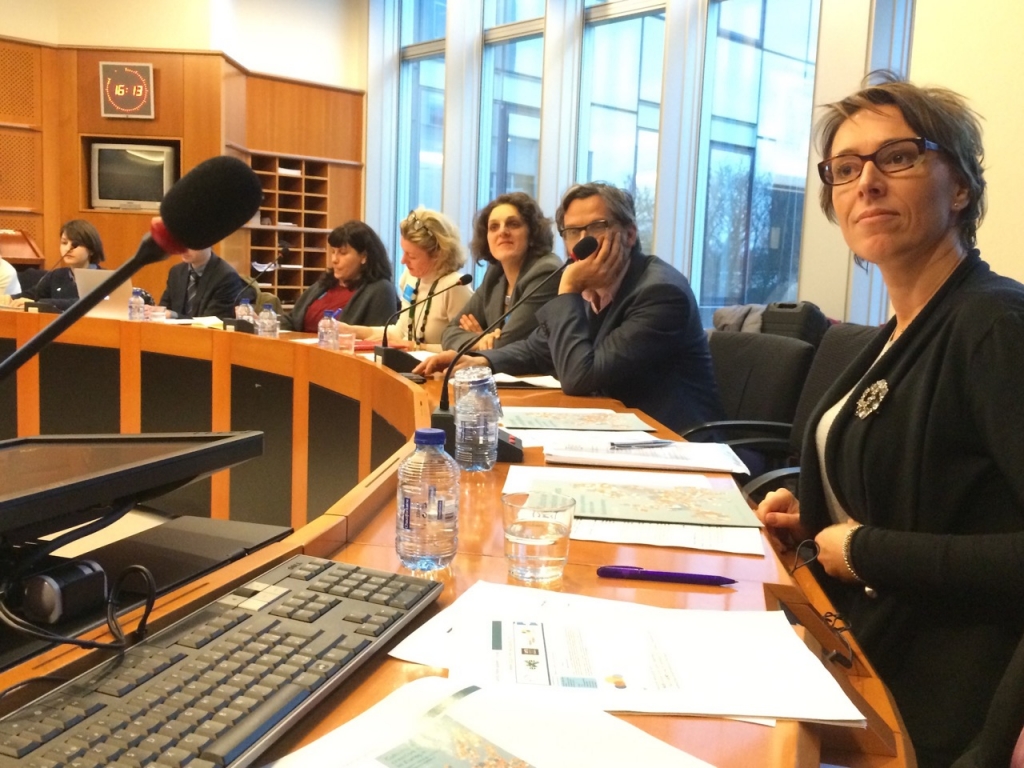 Health and Healing, Services Industries, Car and Computer Industries, Transportation and Mobility – in all sectors creative industries can be called the „steam-engine of 21st century“ (HRH Willem Alexander): This key message from Peter Aarts, Board Member of the Design Management Network in the Netherlands, and Consultant of ContentKings, Rotterdam, was the eye-opener to his presentation on the industrial effects of design and design thinking. Aarts not only recommend industrial projects like water cleansing projects, but more so, a method of thinking as being the heart of value creation in a know-how driven economy: Be empathic, Be curious, Embrace complexity, Be cooperative and Dare to fail: „Prototype“. 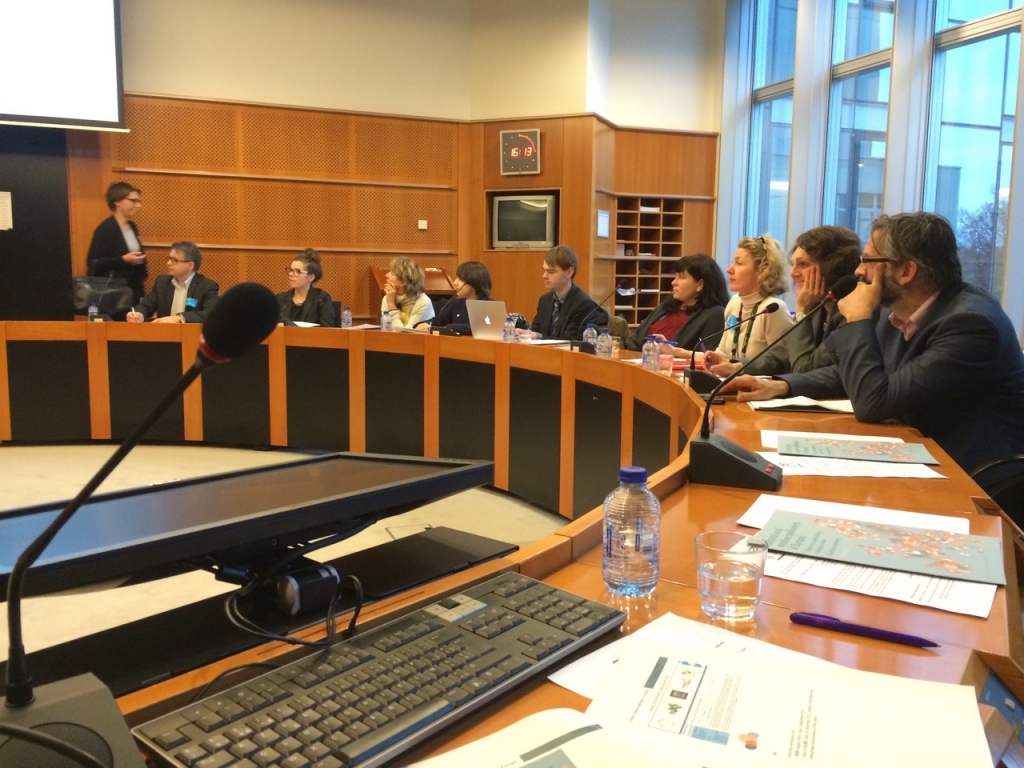 Bernd Fesel, senior advisor at the European Centre for Creative Economy, Dortmund, and managing director of ECBN – representing some 24 national agencies and intermediaries for cultural and creative sectors in Europe, amounting to 75% of the total cultural and creative workforce – calls on European policy makers to realise that a turning point in policy making for creative industries is at hand: Never before have so many leading national and regional leading institutions teamed up to drive the cause for more innovation in the cross-sectorial effects of cultural and creative industries and for more holistic research to better understand its causality.

ECBN calls on policy-makers to understand and accept the new faces and icons of these future Industries – they are no longer big and immobile infrastructures with immense sunk costs. The future infrastructures of the Fourth Industrial Revolution are just emerging, but they are obviously more immaterial and mobile then ever before. Industrial Policy also must re-invent and re-design itself before it is fit to support the Fourth Industrial Revolution and its steam-engine, the creative industries.