What will be the impact of digitalization on Creative Industries? How to deal with exclusion; the fading of the middle class, and driven by the creative class? These two trends will be discussed in this blog as a forecast of 2017.

A brief perspective over the past years: Creative Industries, especially from a policy perspective, have for a long period of time been viewed as a strong mixture of culture and economy. The direct economic contribution to the gross net product of the Netherlands counts for about 2-3% for years already. Of course this may differ for countries and regions, and will depend on the definition that is being used, but the statistics are relatively stable. The growth potential is, however, in the indirect value of creative industries, the so-called crossovers, to other societal and economic sectors such as healthcare or mobility. Nowadays many projects are experimenting with these crossovers in order to create value. Looking forward to 2017 and beyond, two major trends will have a strong impact on creative industries the coming years.

The exponential growth of data, the further integration of technologies, and ‘the Internet of things’ have a strong impact on (the role of) creative industries. Digitalization has already shown to be a very disruptive development. Think about the growing internet-based platforms, game changers that demand a transformation of business models in current sectors. This does not only have impact on some familiar examples such as the taxi sector with Uber or the hotel sector with Airbnb. The coming years, about every sector will have to adjust, ranging from energy to retail, and from education to safety. In 2016 virtual reality and augmented really (who has not played Pokemon Go?) came through to a large audience. In 2017, these developments will continue even at a faster pace, as more and more technologies become integrated.

What does this imply for creative industries? Think about the role of design in (social) robotics, in relation to elderly care. How to increase the acceptance and adoption of new technologies for consumers, what would be relevant conditions? Another example is about developments in language technologies in relation to the exponential growth of big data: think about new forms of journalism, fact checking, and the influence of social media on the recent elections in the USA. With the help of big data, personalization of the needs of individual consumer becomes more accurate every day, even predicting your needs of tomorrow. Think about applications in retail (internet shopping) where ‘supply creates demand’, based on personalized profiles. 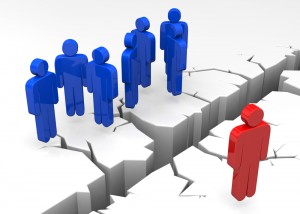 Richard Florida, author of the bestseller ’The rise of the creative class’ in 2002, will publish a new book in the beginning of 2017: ‘The new urban crisis’. This book deals with the downsides of creative industries development. After decades of prosperous growth and a positive attitude towards the creative class, we now more and more become aware of the downsides. According to Florida, gentrification, segregation and inequality have taken a rise, following the previous rise of the creative class. Exclusion is a growing phenomenon: middle class people cannot or can hardly afford their selves to buy a house in creative cities. Political discussions about the declining middle class in society are certainly appropriate for creative cities. Only the upper class or successful companies can afford to reside in these expensive city centers.

Creative Industries as a grown-up sector needs to better understand such processes and find suitable solutions for these challenges. The Netherlands Organization for Scientific Research will run a creative industries call in 2017, geared at innovative research projects about ‘technological, economic and cultural transformation of the city’. This is an important first step to gain thorough knowledge on the one hand and on the other hand to experiment with redesigning the cities of the future. Another illustration is the PhD study of Jeanette Nijkamp, published in 2016, about the effect of the creative class in two neighborhoods in the city of Rotterdam, the Netherlands (Counting on Creativity. The Creative Class as Antidote for Neighborhood Decline: the case of Rotterdam). Nijkamp found that only presence of the creative class does not necessarily result in more economic growth or a flourishing neighborhood. Further, social improvement of neighborhoods was difficult to measure and thus to prove.

Concluding, 2017 will be a challenging year to come for creative industries, especially dealing with digitalization and exclusion challenges. Let the creative class prove her value by redesigning the city and integrate smart solutions for the benefit of everyone! 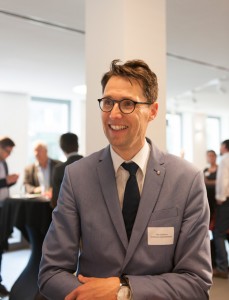 This post was contributed to our blog by FRITS GROTENHUIS