Artist and Dropbox at SXSW: Maximum Diversity to Co-Create?!

Feb 27, And Action: A guide to enhancing the collaboration between universities and companies, by Research Services of the University of Helsinki

“Universities are increasingly expected to influence social and economic development not only through their traditional duties of teaching and research, but also through public engagement. “Sharing” or “transferring” knowledge to the wider community or business and industry is no longer sufficient. Instead, new forms of interaction are necessary, and the most interesting among them include the various models of co-creation”.

“Take part of a survey that supports you in understanding design thinking tools and methods #designthinking #cocreation”. https://www.linkedin.com/feed/update/urn:li:activity:6375803966906781696

“It seems like lately a lot of design firms and creative shops decide to co-create the ideas and projects with their clients and users, instead of working the ideas themselves. If you haven’t done it already, we recommend you to try it out. Not because it’s a trend, but because it has positive points you should consider”.

“Dropbox aims to inspire the world to unleash its creative energy—and it’s staying on brand at SXSW this year with three co-created murals (no, not quite Three Billboards-style) from up-and-coming artists. With the activation, Dropbox wants to “tell our story about helping people to collaborate, find flow and work together in a meaningful way,” said Carolyn Feinstein, Dropbox chief marketing officer”.

“Through different working sessions & mixed groups during the #SocialDesign #ElevationDays2018 #HansSauerAwards #Munich the 7 #European #SocialLabs finalists we have #cocreate -d our own #Manifesto #WorkInProgress #DesigningFutures”. 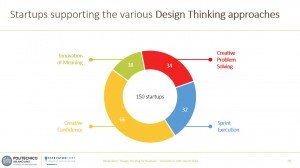 “The Joseph Binder Award is an international competition with a focus on graphic design and illustration and was first launched in 1996 by designaustria, the interest organization and knowledge centre for design in Austria. It is named after one of the most outstanding graphic designers and illustrators active in Austria between the two World Wars, who subsequently also revolutionized visual communication in the United States”. 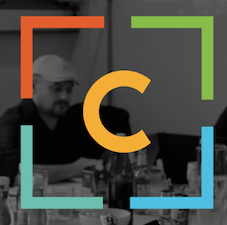 CO-CREATE is a European cooperation project that will create and distribute a brand new curriculum on co-design: a set of valuable design skills that has gained increased relevance in recent years and can no longer be ignored. The curriculum will allow education institutions across Europe to provide their students with all the hands-on knowledge they will need to apply this process to their future professional practice.